We would like to offer our sincere support to anyone coping with grief. Enter your email below for our complimentary daily grief messages. Messages run for up to one year and you can stop at any time. Your email will not be used for any other purpose.

Share a memory
Obituary & Services
Tribute Wall
Read more about the life story of Lionel and share your memory.

Lionel Edward “Sam” O’Connor, 87, of Brooksville, Florida passed away November 26, 2022 due to natural causes.  Sam was born on August 17, 1935, as the eldest son to Edward O’Connor Sr and Marjorie Jean O’Connor.  Sam is survived by his wife, Shirley Ann O’Connor and his daughters Marilyn McGowen, Stacie O’Connor, Samantha O’Connor-Carr, Sherri Jeorjia O’Connor-Clapper and many grandchildren. Sam was preceded in death by his only son Lionel O’Connor Jr.  Sam dedicated his life to Jehovah and was an active member of his congregation as one of Jehovah’s Witnesses.  A talented General Contractor, Sam was well-known for being a reliable and honest builder. Sam lived an extraordinary life and his zest for living was infectious. His wit and sense of humor never failed to compliment the conversation. He enjoyed diving, sailing, and spearfishing. An avid traveler, he saw the entirety of the United States and many other countries. Sam was an excellent storyteller and enjoyed the company of many friends.  He never met a stranger.  He spent his best years with his beloved wife, Shirley, and was almost never separated from her.  A devoted family-man, Sam enjoyed playing chess, reading the Bible, and teaching his grand-children.   He will be dearly missed, but his memory lives on through the remembrance of all the good he added to our lives. He lived every day of his life “walking in his integrity.”
All arrangements are private and Entrusted to J.T. Campbell Funeral Home and Cremation Services Macedonia Chapel.  "When You Need Us Most"

To send flowers to the family or plant a tree in memory of Lionel "Sam" O'Connor, please visit our floral store. 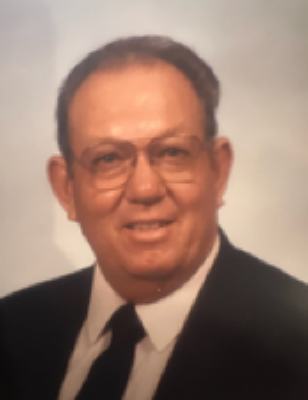 In Loving Memory Of

Look inside to read what others
have shared
Family and friends are coming together online to create a special keepsake. Every memory left on the online obituary will be automatically included in the book.

In Loving Memory Of

Look inside to read what others have shared

Family and friends are coming together online to create a special keepsake. Every memory left on the online obituary will be automatically included in the book.

You can still show your support by sending flowers directly to the family, or by planting a memorial tree in the memory of Lionel "Sam" O'Connor
SHARE OBITUARY
© 2023 JT Campbell Funeral and Cremation Services Macedonia Chapel LLC. All Rights Reserved. Funeral Home website by CFS & TA | Terms of Use | Privacy Policy | Accessibility